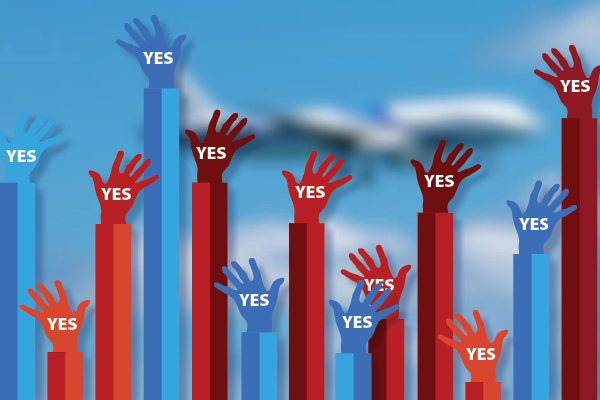 A group of 178 Boeing South Carolina Flight Readiness Technicians have the right to vote on IAM representation, the NLRB ruled Monday. The board has set an election date of Thursday, May 31, 2018.

The Flight Technicians are standing strong in the face of the company’s anti-union campaign, even after Boeing lost its legal battle to block their voice at work.

SIGN THE PETITION: Tell working people at Boeing that we have their backs

“Boeing has done everything in its power to take away freedom at work for its South Carolina teammates. Today the National Labor Relations Board spoke loud and clear against Boeing’s delay tactics and ruled in favor of the right to form or join a union,” said IAM Lead Boeing SC Organizer Mike Evans.

The IAM filed a petition to represent the flight line workers on March 5 after Flight Technicians approached the union with concerns of arbitrary management decisions over overtime, bonuses and work rules.

“This step in the process moves Boeing South Carolina closer to a better life for their families. We hope Boeing respects the rights of its own employees and lets them make a decision free of intimidation and coercion. The men and women standing up for their rights at Boeing SC should be commended for their bravery.”

The IAM represents more than 35,000 Boeing employees at 24 locations nationwide.