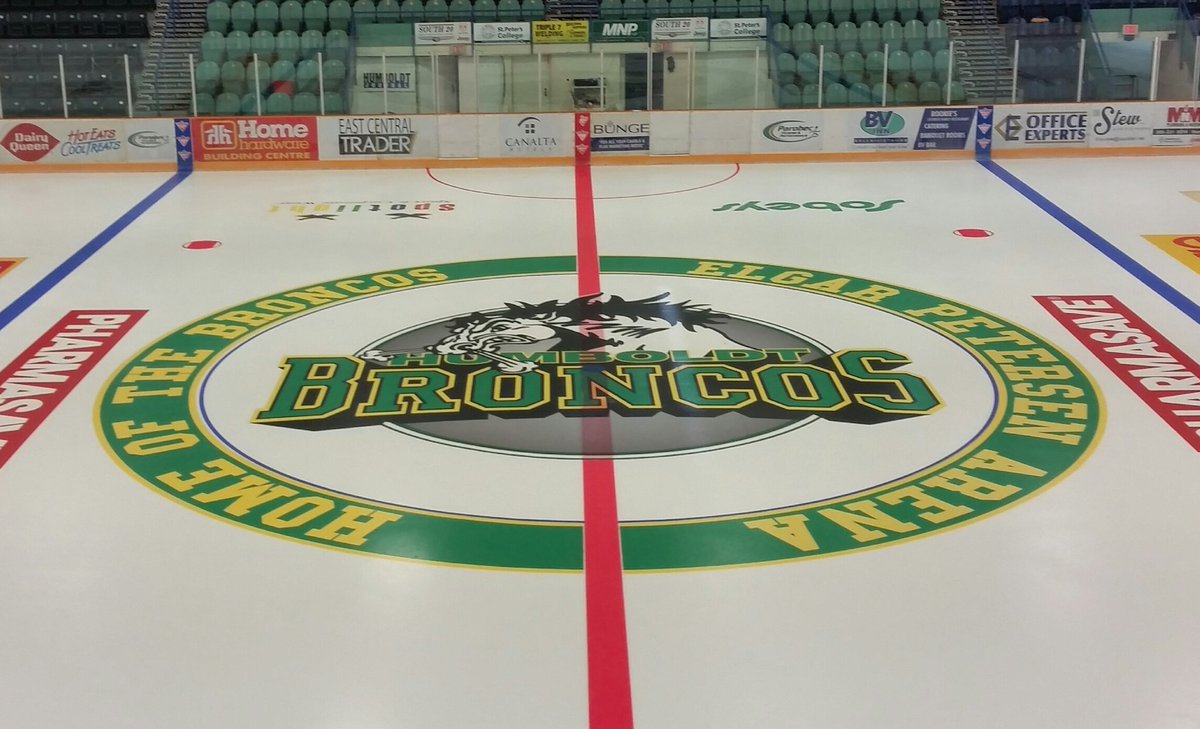 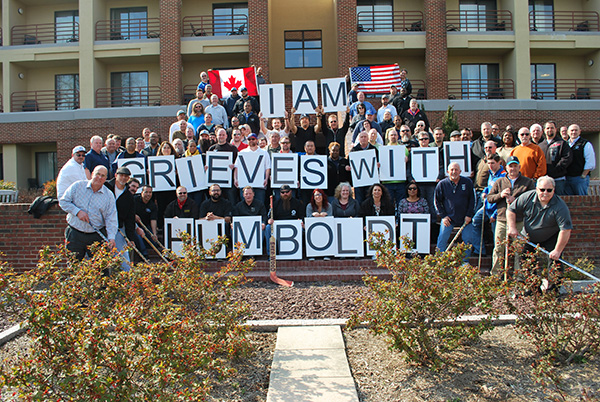 IAM members attending the William W. Winpisinger Education and Technology Center last week gathered to send a message of support to the Canadian hockey community, the town of Humboldt and all Canadians following the horrific accident that took the lives of 16 young people aboard a junior hockey league team bus.

The bus carrying the junior league Humboldt Broncos team members, support staff and sportscasters was involved in a crash near Nipawin, Saskatchewan on April 6 while on the way to a playoff game.

“The hockey community is much like a union,” said IAM Canada General Vice President Stan Pickthall. “Everyone sticks together and support each other in good times and bad. The show of solidarity and support from our members at the Winpisinger Center is a touching reminder of what a great union we are a part of.”

“Our hearts go out to all those affected by this horrible accident,” said International President Bob Martinez. “Hockey is a way of life for many of our brothers and sisters in Canada. We feel their pain and mourn with them.”

The Broncos play in the Saskatchewan Junior Hockey League at a level where players range and 16 to 21 and are not paid. The majority of people working in support of the team do so voluntarily, making junior league hockey very much a community effort.