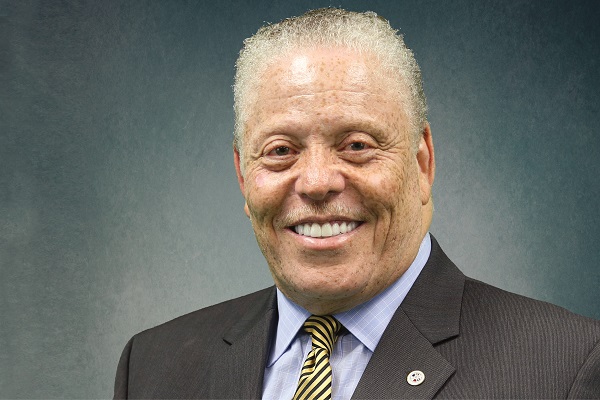 “I know Luther will continue his excellent service to our membership in his new role as Chief of Staff in the Midwest Territory,” said IAM International President Bob Martinez. “We are blessed to have such a dedicated trade unionist looking out for the interests of IAM families. The Midwest Territory will be well-served by Luther’s expertise and decades of experience.”

Williams initiated into the IAM in 1986 as a Nuclear Marine Machinist at the Norfolk Naval Shipyard (NNSY) in Portsmouth, Virginia. He became a member of then-Local Lodge 441, District 74 and served as Union Steward, Local Trustee, and District Delegate. Williams served on the Local 441 Organizing and Negotiating Committees and was a member of the Executive Board. He later began working as a District 74 full-time Organizer.

Williams is a 2005 graduate of the National Labor College with a Bachelor of Arts Degree in Union Leadership and Administration. He’s also the first recipient of the IAM Keeper of the Dream Award, given at the 2011 inaugural IAM Human Rights Convention, for his life-long dedication to human and civil rights activism.

Williams will be replacing current Chief of Staff Steve Galloway who, as previously announced, will be taking the helm of General Vice President of the Midwest Territory, also in January.

“It is an honor to have Luther Williams serve as Chief of Staff,” said Galloway. “Luther has provided the IAM Midwest Territory with what is now more than 30 years of trade unionist experience. His knowledge and know-how have proven immeasurable to not only our staff but to the entire membership. I look forward to working with Luther as we continue the Territory’s trajectory towards innovative organizing and effective servicing of the IAM membership.”