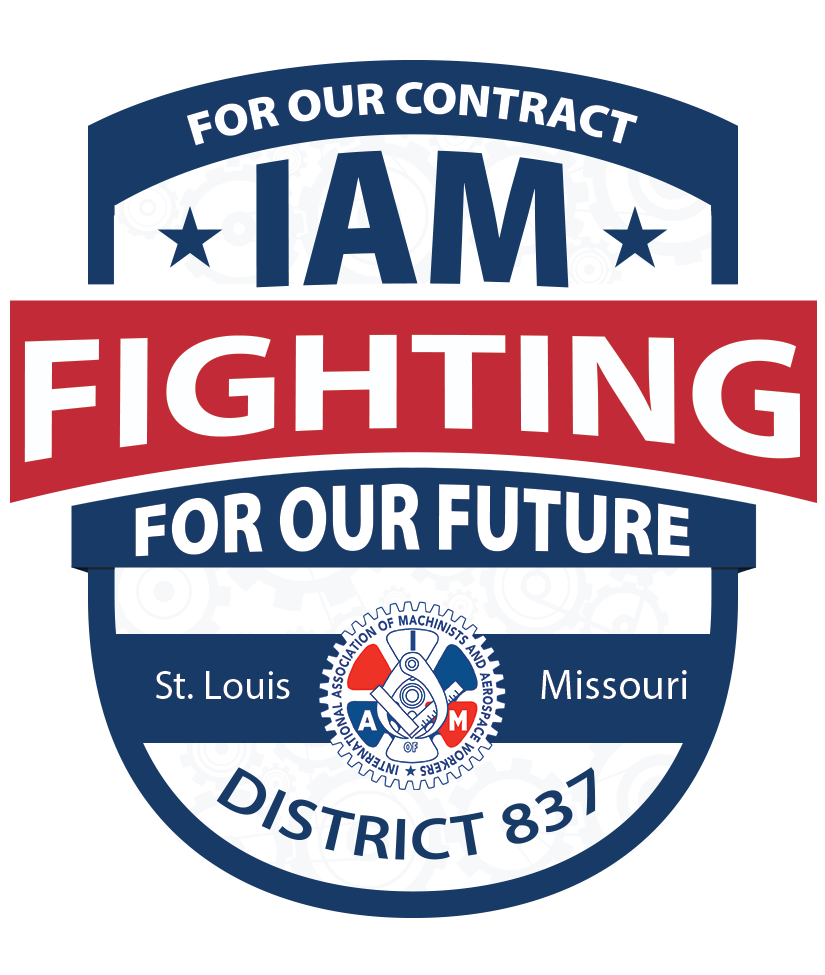 When is the Strike Sanction Meeting?

ALL SHOP STEWARDS, SAFETY & ASSIGNED COMMITTEE WORKERS WILL REPORT AT 8AM!!!

Do we get excused from work to attend the Strike Sanction Meeting?

The Company has verbally committed to NO mandatory OT on Saturday, June 25th to allow everyone the opportunity to vote.

Can members bring family to the Strike Sanction Meeting?

No – This meeting is only for the active working members of District 837 employed at Boeing.

Retirees, laid off, family members or friends will not be allowed in the auditorium.

Dues objectors or Agency Fee Payers will also not be allowed in the auditorium,

as they have forfeited their right to vote on Strike Sanction and Contract Ratification votes.

Where can I park?

There is plenty of free parking.  There will be guards at the gate and you will need to tell

them that you are there for the Boeing I.A.M. Meeting.

How do I get a ballot?

Members will receive a ballot before entering the auditorium by presenting a photo ID.

(Drivers License, State Approved I.D., or Boeing Badge) or Dues Card (does not have to

be stamped up to date).  Only members authorized by the I.A.M. Constitution and Bylaws

will be seated and authorized to vote.

Every member is required to enter “The Family Arena” to verify eligibility!

What will be on the ballot and who counts them?

You will vote either YES or NO to grant the Negotiating Committee Strike Sanction Authority.

Union Stewards, Safety Committee and members will count the ballots immediately after the

meeting in full view of the membership.

Does a yes vote mean a strike can be called?

you have not seen the proposal.  The initial Strike Sanction meeting on June 25, 2022

is a show of solidarity and support to the negotiators.  It is also required by the IAM

Constitution to start the process of preparing strike checks in the event a work stoppage occurs.

are serious and you deserve a fair and equitable contract.  The only way a strike can be called

depends solely on the decisions of the members at the Contract Vote on July 24, 2022.

Members will first vote to accept or reject the final contract offer, after they have had time to

Is a high Strike Sanction Vote an indication a strike is likely to occur?

Again, a high Strike Sanction Vote on June 25, indicates the membership is solid behind your Union Leadership.  Attendance at this meeting is the single most important thing every member can do to demonstrate Solidarity.

To drive, take your best route to I-70. See directions.

If you are East Bound on I-70, take Exit 229B, to 5th Street and right at the fork and follow signs for 5th Street for approximately .5 miles.  Fifth Street will change to South River Road, continue for approximately 1.4 miles.  Turn Left into the entrance and drive up to the auditorium.

If you are West Bound on I-70, coming from Illinois, take Exit 229B, using the 2nd from the right lane to exit left toward Fifth Street for approximately .2 miles. Fifth Street will change to South River Road, going approximately 1.5 miles.  Turn Left at the entrance for the Arena and drive up to the auditorium.