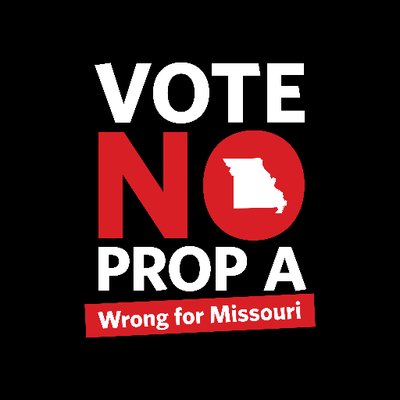 Frightened anti-worker legislators vote to move RTW (Proposition A) to the August ballot
APRIL 24, 2018 by ADMIN in LABOR NEWS FROM OUR REGION

MISSOURI WORKERS gathered at the State Capitol in Jefferson City March 28 to meet with their legislators and voice their opposition to Proposition A (RTW) and other anti-worker legislation. On Tuesday, April 24, a Missouri House committee voted to move the vote on Proposition A and whether Missouri should become a RTW state to the August primary election, when traditionally fewer voters go to the polls. – Labor Tribune photo

Jefferson City – An anti-worker effort to move the “right-to-work” referendum Proposition A is advancing in the Missouri Legislature.

The House Economic Development Committee voted 8-4 along party lines Tuesday, April 24, to move the statewide vote on RTW (Proposition A) from the November general election to the August primary, when fewer voters traditionally go to the polls.

The proposal is House Concurrent Resolution 102.

(Regardless of whether it’s in August or November, RTW will appear on the ballot as Proposition A. Vote NO on Prop. A to defeat RTW.)

Rep. Holly Rehder (R-Sikeston), who sponsored the House version of last year’s RTW legislation, and is sponsoring the measure to change the election date, dismissed claims from Democratic lawmakers that the plan was designed to reduce the number of voters weighing in on the corporate-driven anti-worker measure.

RTW DOES NOTHING TO CREATE JOBS

Anti-worker legislators sent the pro-business, anti-worker RTW measure to Gov. Eric Greitens last year. Greitens campaigned on making Missouri a RTW state, signed it with the false promise that it would create jobs.

RTW does nothing to create jobs. Instead, it drives down wages, benefits and workplace safety, and silences workers’ voices on the job.

So-called RTW (Proposition A) attacks the freedom of working people to join together to negotiate a fair return on their work by banning union represented businesses from negotiating labor contracts that assure workers will either pay dues or a smaller “fair share” fee to cover the union’s costs of bargaining and representation.

The goal of RTW is to financially starve unions – which under federal law must represent all workers in a union shop whether they are dues-paying members or not – thereby limiting the union’s ability to negotiate for and represent workers.

HOW WE GOT HERE

Last year, after the legislature passed and Gov. Greitens signed RTW into law, a coalition of Missouri workers and their allies collected 310,567 signatures in all eight of Missouri’s congressional district to put a question on the ballot asking voters if they wanted the law.

The fight over RTW has generated big-dollar campaign contributions. Gov. Eric Greitens’ dark money organization, A New Missouri, has pumped more than $750,000 toward the effort to keep the law from being overturned.

Paid out-of-state signature gatherers are also circulating a deceptive pro-RTW petition, telling voters it’s about workers’ rights, when in fact the measure would enshrine RTW in the Missouri Constitution.

These same petitioners are also being offered a $1,000 bonus for provoking a confrontation, which could then be recorded and used advertising that supports RTW.

(If you see someone circulating one of these phony RTW petitions, DON’T ENGAGE them. CALL the Missouri AFL-CIO DECLINE 2 SIGN Hotline at 573-340-6573.)

Rep. Doug Beck (D-Affton), a member of Plumbers and Pipefitters Local 562, said the House committee vote is yet another effort to silence workers’ voices.

When passing RTW law last year, Beck said, the “legislative majority adamantly opposed letting voters decide the issue because they feared Missourians would defeat it. Now that it is slated for the Nov. 6 general election ballot anyway, they are terrified voter rejection of ‘right-to-work’ will cause collateral damage” to legislative candidates.

“This measure should stay on the November ballot as the more than 300,000 Missourians who signed the referendum petition are expecting, But either way we are confident Missourians will reject this blatant attempt to weaken worker rights.”