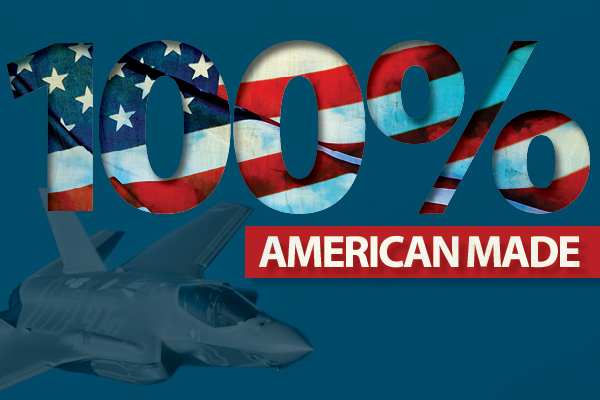 The Machinists are joining U.S. Sen. Chris Murphy (CT) in a push to increase Buy America provisions for defense products made for the military to 100 percent.

The amendment to the National Defense Authorization Act, or NDAA, would bolster economic and national security and create good, middle-class jobs.

“The Machinists Union applauds Sen. Murphy for taking this step to ensure that our tax dollars used on defense are spent as they should be—on products manufactured with 100 percent domestic content produced by U.S. workers here at home,” said IAM International President Bob Martinez. “Sen. Murphy’s amendment would help ensure that our tax dollars are used to support the U.S. workforce and the firms who employ them. Both parties should join Sen. Murphy in supporting U.S. workers and demand that 100 percent of goods purchased for defense procurement are manufactured in the United States.”

Currently, equipment that has only 50 percent of its content from U.S. suppliers is considered compliant with the Buy American Act. Murphy’s amendment would not only create jobs, but also protect national security by defending the supply chain for our major defense programs against foreign disruptions.

“When we spend taxpayer money, we should spend it here helping local jobs and boosting our economy,” said Murphy. “If we want to support U.S. manufacturing jobs and make sure our military has safe and secure products, we should make everything in America.”

Murphy’s amendment is endorsed by the IAM, the United Autoworkers, the Communications Workers of America, the International Brotherhood of Teamsters and the AFL-CIO