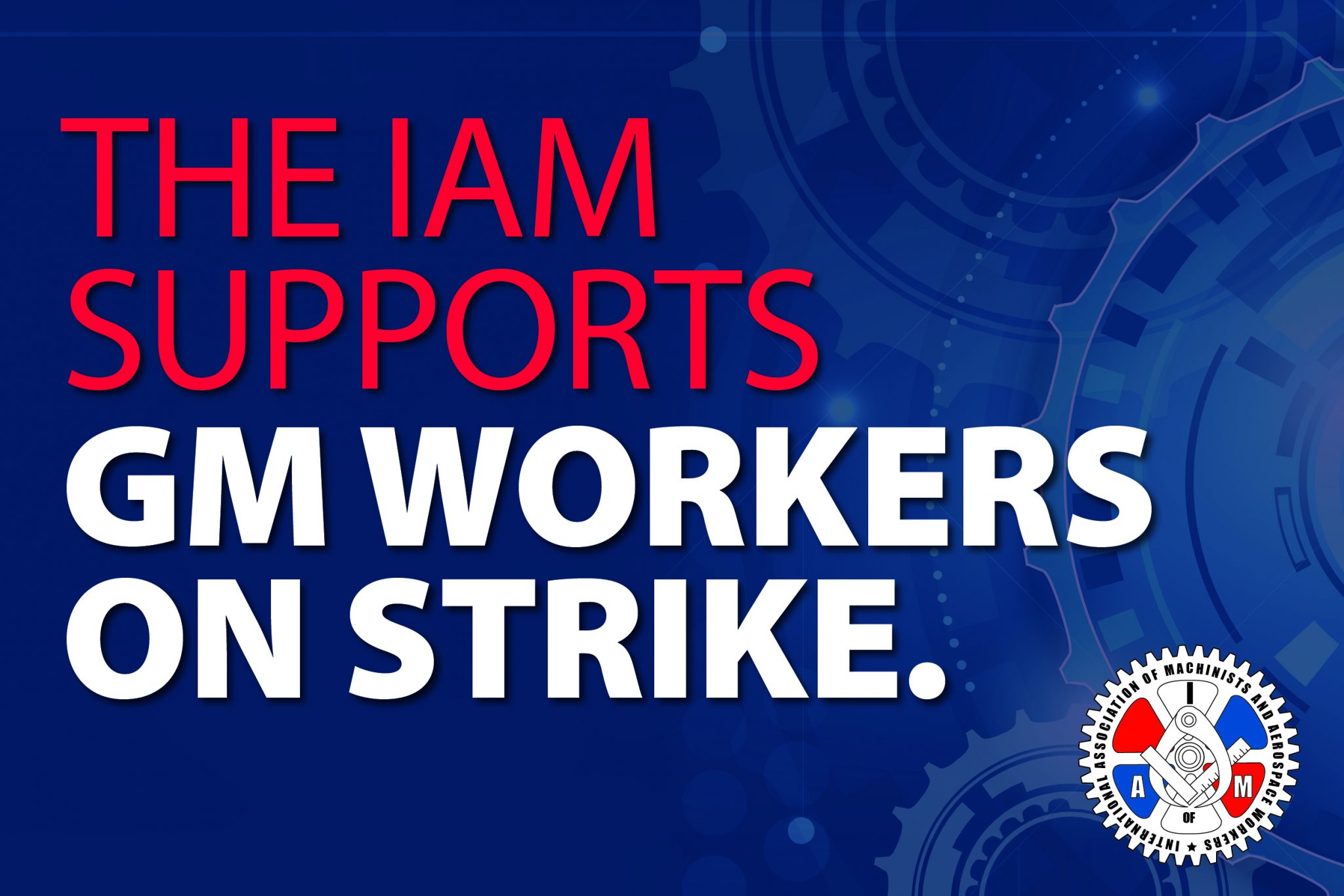 The Machinists Union stands with the thousands of UAW-represented General Motors’ workers who are walking the picket lines. The IAM supports the union’s pressure to ink a collective bargaining agreement that provides these GM workers with good pay and benefits.

IAM International President Robert Martinez Jr. has voiced his support for the picketers.

Myself and 600,000 Fighting @MachinistsUnion members are proud to stand with @UAW members on strike fighting for fair wages, affordable health care and job security. Stop your corporate greed and do the right thing, @GM. #UnionStrong #StandWithUS pic.twitter.com/ofc1Z02OKX

The IAM is also showing support on the strike line.

Some locals are providing water and other resources to picketers, as well as walking alongside our UAW brothers and sisters. #solidarity

SOLIDARITY! @MachinistsUnion District 9 dropped off a truckload of bottled water for the #UAWStrike Local 2250 members. Brian Hillstead, VP of Machinists Automotive Lodge 777, told them to stand tough and know that @iamaw_9 and a huge number of others support them. pic.twitter.com/ga7Eqb7PO0

The Machinists Union Supports our UAW Brothers and Sisters On Strike! IAM’s Southern Territory Staff and Members of District 27 walk the strike line at the Corvette Plant in Bowling Green, KY. We stand strong with UAW! #iamsouth 💪💪💪💪