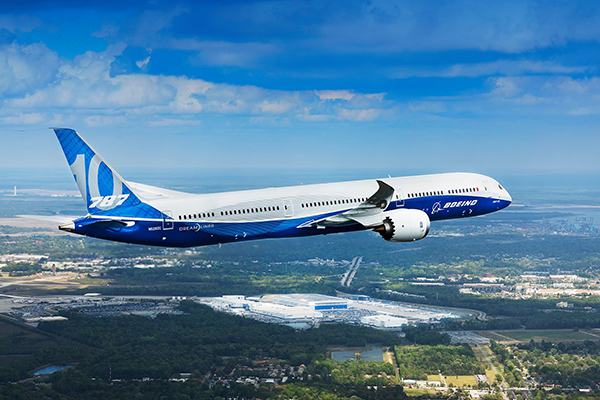 A bipartisan group of 177 members of the House of Representatives, led by Rep. Rick Larsen (WA), sent a bipartisan letter urging Boeing Co. to respect the decision of Flight Line Technicians in South Carolina who voted to join the Machinists Union. In August, 23 U.S. Senators urged Boeing to drop its appeal and immediately begin collective bargaining with its workers.

Boeing has refused to negotiate with 178 workers at its North Charleston, S.C. manufacturing facility who chose by a 2-1 margin to join the IAM on May 31, 2018. The National Labor Relations Board in May struck down Boeing’s legal argument and ruled the unit appropriate. The IAM represents 35,000 Boeing employees across the country.

“Boeing workers in South Carolina are simply asking for the same rights as any worker,” said IAM International President Bob Martinez. “They voted to join a union and now it is time for Boeing to respect their choice. We are ready today to negotiate a contract that is fair to Boeing management and front-line workers, just as we have for generations of Machinists Union members at Boeing.”

A copy of the House letter can be found below:

“We are writing today to ask that the Boeing Company and the International Association of Machinists and Aerospace Workers (IAMAW) work together to respect the decision of the flight technicians in South Carolina who voted to join the IAMAW union earlier this year by a 104-65 vote.

“In 1935, thirty-five Boeing production workers formed the local Machinists union, forever changing Boeing’s history. Boeing is now the most successful and largest aerospace company in the world. More than 10,000 Boeing-built airplanes are in service globally, which is almost half of all airplanes built by union hands in service in the world.  Boeing’s success is not despite IAMAW but because of it.