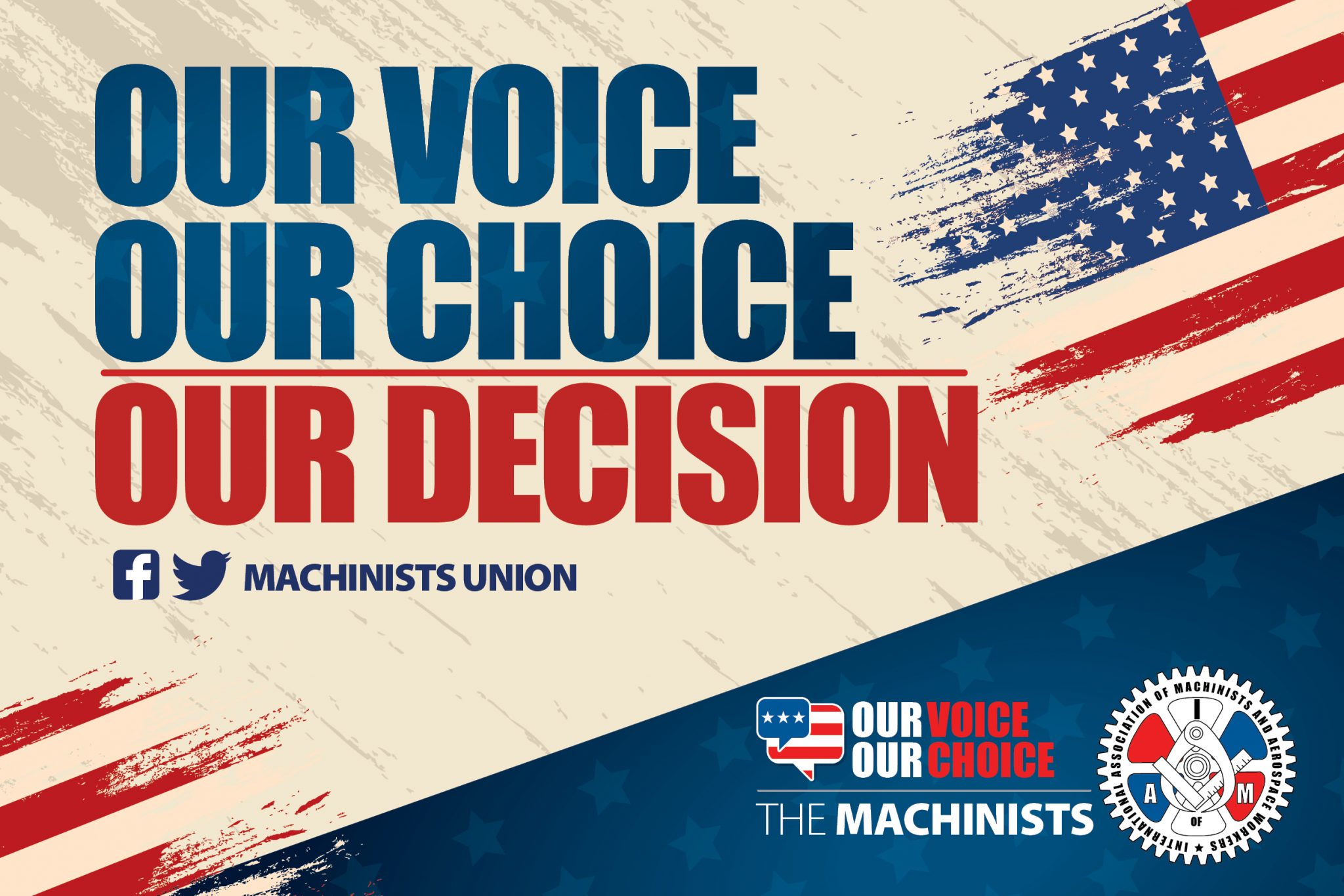 The IAM, utilizing an unprecedented democratic process that included a general membership vote open to all U.S. members in good standing, has endorsed Joe Biden for president of the United States. The IAM’s endorsement is the majority will of the IAM’s membership and its state councils, who voted online through an independent third party in early March. More about the IAM’s endorsement process is available at iam2020.org.

Out of the IAM’s State Council Presidents that voted in a March 8 vote between the top vote-getting candidates as chosen by the membership from each party, Joe Biden and Donald Trump, 100 percent cast their ballots for Biden.

“Our union made it a priority in the 2020 election cycle to give IAM members a real say in who we endorse for president of the United States. Since we announced this process in May 2019, we have encouraged members from coast to coast to register and make their voices heard in this important decision. We also urged presidential candidates to listen to our membership and speak about the issues that IAM members believe are most critical.

“Today the IAM is proud to announce our endorsement for Joe Biden, a proven leader who we believe can take back the White House and restore power back to working people and unions. Joe understands that unions built the middle class and that working people deserve their fair share of the prosperity we create. At this time more than ever, we need a leader who can deliver for workers and communities across this nation on retirement security, affordable health care and stronger protections for workers and unions. Our members have indicated that strong support for these issues is critical for our endorsement. Joe Biden has been fighting for these issues throughout his career.

“Make no mistake, workers’ rights, including safety and health and the right to unionize and bargain collectively, is on the ballot this November. We have endured four years of attacks on working people in the form of anti-union judges and NLRB decisions, attacks on our retirement and health care, and more. The GOP tax plan gave enormous tax breaks to multinational corporations while resulting in more than 50 plant closures for IAM members since the president took office. We cannot afford another four years of anti-worker policies being dictated to us by corporate-bought politicians in Washington.

“Joe Biden strongly supports the PRO Act, which would hold corporations accountable for violating labor laws and repeal anti-union right-to-work laws. Joe has also pledged to protect the pensions of workers and strengthen our ability to bargain for better wages, benefits and working conditions. Joe would end the senseless attacks on federal workers and fight for multi-employer pensions by passing the Butch Lewis Act.

“I encourage our members whose preferred candidate did not receive our endorsement to remain committed to our core principles. In a union as diverse as the IAM, it is OK to have different views with one common cause. We are strongest when we are united.

“Our membership has spoken and chosen a bold, progressive vision for our country that places the interests of working people first. From this point on, we will mobilize our membership to win the Democratic nomination for Joe Biden. No matter what happens in the months ahead, it is clear that working people demand a different direction and their fair share of power in Washington and across the country.”

IAM members have made it clear that they want a candidate who shares our priorities. In two independent surveys conducted over the past six months, IAM members listed these priorities:

Affordable healthcare: Members believe that everyone should have quality healthcare at an affordable cost.

Outsourcing: Members strongly believe that corporate incentives to outsource work to Mexico and countries outside North America must be eliminated.

Strengthening our industrial base: Members believe that our country should support good quality jobs in the commercial and defense sectors. They voice serious concerns over continuing plant closings and layoffs.

Stronger laws protecting workers and union rights: Members are seriously concerned over the continued weakening of workers’ rights and believe that strong unions remain the key to our future.

Trade policy that puts working people first: Members believe that trade policy should make workers a priority, not corporations that use trade policy to ship jobs overseas. Other important issues to our members included higher taxes and cost of living, poverty and income inequality, cost of education, and racial and gender inequality. Our two surveys also found:

IAM members are politically diverse. A significant number of our members are Democrats, Republicans, Independents and affiliated with other political identifications.

Comments about the Democratic candidates and President Trump referenced “promises,” “the “economy,” “jobs” and “trade.”