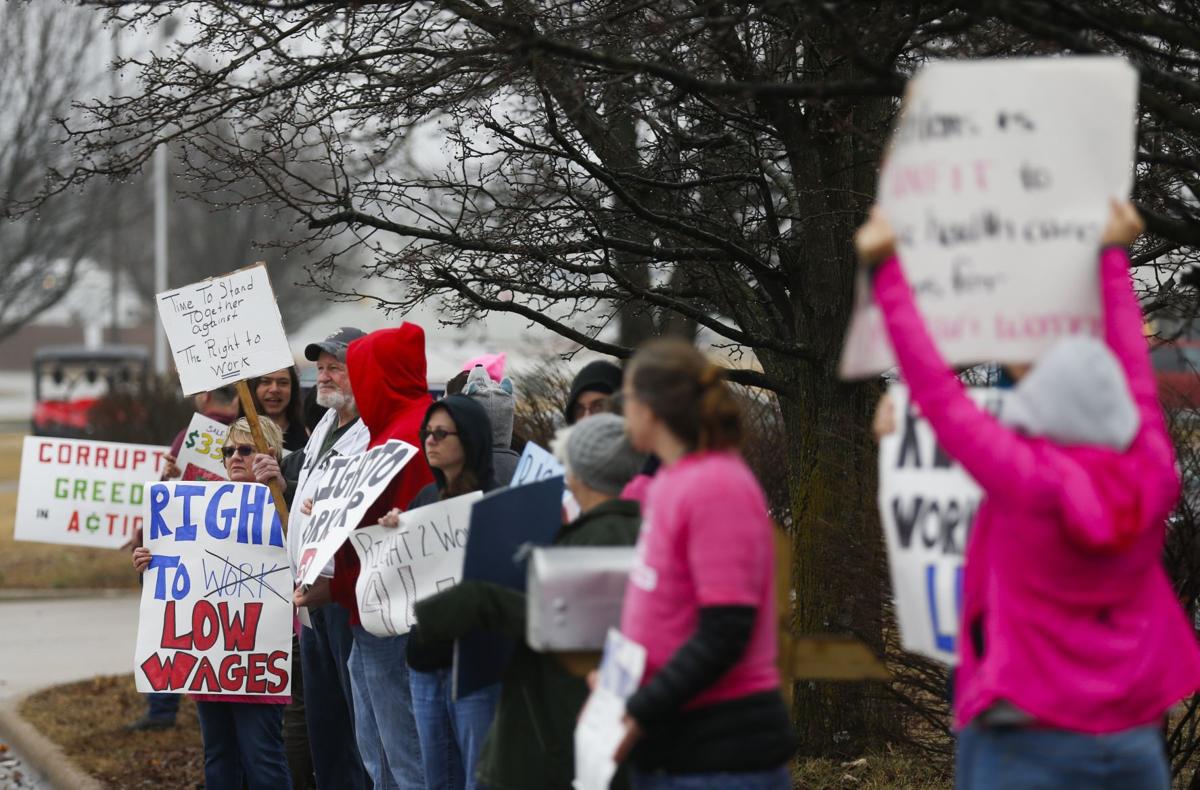 JEFFERSON CITY • A proposed constitutional amendment to make Missouri a “right to work” state is headed to the Senate.

The House approved the proposal 93-54 Monday night. The measure is one of two rolling through the Legislature in the final week of the session that some worry could undercut a referendum on whether the state will allow employees to opt out of union representation.

The other proposal, which originated in the Senate, would move the referendum from November to August, when voter turnout is lower. That measure is now pending in the House, and a hearing is scheduled for Tuesday night.

The session ends Friday at 6 p.m.

Supporters of the proposed amendment said enshrining it in the state’s constitution would resolve the issue.

“Where better to place a protection for individual freedom than in our constitution,” said Rep. Rick Brattin, R-Harrisonville, the proposal’s sponsor. “This will settle it once and for all.”

The amendment would have to be approved by voters, thought it’s unclear if it would be on the August or November ballot. The governor can call a special election to decide the issue.

Critics said two competing ballot questions could confuse voters, who should be given the chance to have their voices heard.

“If right to work passes on the ballot, that’s what the people want,” said Rep. Crystal Quade, D-Springfield.

Last year, Gov. Eric Greitens signed into law a bill making Missouri a “right to work” state, arguing it would boost the economy.

But then labor organizations collected about 300,000 signatures forcing a referendum on the new law.

This year, A New Missouri, a dark money group created to push Greitens’ agenda, spent more than $1 million on pushing a “right to work” referendum. But it failed to gather enough signatures to qualify for the ballot.

The legislation is House Joint Resolution 79.